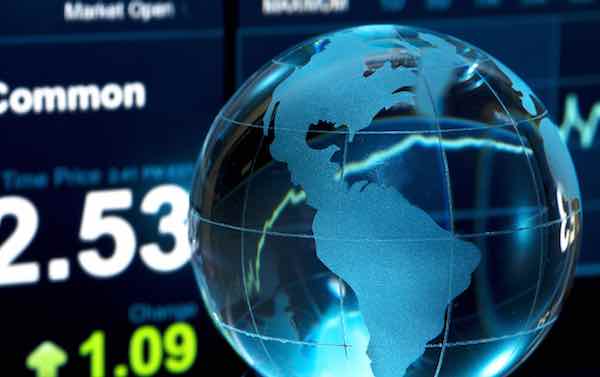 The Thrift Savings Plan (TSP) is one of the most popular benefits for federal employees. Those who invest in the TSP funds and stick with it, take advantage of the matching government funds, and are willing to take at least some of the risk that goes with investing in stocks, have done very well in providing for their financial security in retirement.

The advantages of the TSP include the simplicity and efficiency of the program. Expenses for investors in the TSP are among the lowest if not the lowest available to any other group of American investors. There are six options for investing (counting the lifecycle funds as one option). Here is the current line-up of TSP options:

For many investors there are enough options in the TSP to satisfy the desire for some risk and the possibility of good long term returns for investors who do not bail out when the inevitable market downturns occur.

In comments from some FedSmith readers, at least some TSP investors would like more investment options. For the management of the Thrift Savings Plan, there is always a balancing act between keeping the program simple, efficient, inexpensive, and still remain adequate to meet the needs of most investors.

At a recent meeting of the Federal Retirement Thrift Investment Board, one member noted that there are about 11 asset classes not included in the TSP as it currently stands.

Adding to the Mix of Stocks in the I Fund

Two of these asset classes not included in the current TSP line-up are small company stocks based outside of the United States and emerging market stocks.

One recommendation now being considered is expanding the existing I Fund (international stocks) to include emerging market equities. Also, Canadian stocks will be considered for inclusion in the I fund to expand the number of stocks from developed stock markets.

There is also the likelihood of including non-U.S. small-cap equities in the I fund as well.

At the latest Board meeting the following motion was accepted without objection:

That the Agency move forward with exploring changing the I Fund benchmark index through an index study and then coming up with a recommendation for potentially what the index would be.

Another change being considered is to create lifecycle funds that cover a five year period instead of ten years. Currently, the L funds are broken into 10 year categories such as the L 2050 and L 2040 funds. Creating a five year band instead of a 10-year band would provide investors to choose a fund that more closely matches their projected retirement time frame.

The Agency is currently planning to implement the 5-year L Funds by 2020. At the most recent meeting of the Thrift Investment Board, the following motion was adopted without objection:

MOTION: That the L Funds be added in 5-year increments starting in 2020.

Financial author Lyn Alden created a chart published in a FedSmith article on why the TSP’s I fund underperforms the other core funds within the Thrift Savings Plan.

She noted that instead of tracking the entire international stock market as funds such as the Vanguard Total International Stock fund do, the I fund only follows developed countries. Moreover, the I fund is heavily concentrated in just five countries.

The I fund contains a large percentage of stocks from the United Kingdom, France, Germany, and Japan. Japanese stocks make up more than a quarter of the I fund.

There is no exposure within the I fund to emerging markets.

For much of the time since the inception of the I fund, countries such as the United Kingdom, France and Switzerland have been flat. Japan has generally been flat or gone down on a yearly basis since 1989.

The proposed changes appear to address some of the concerns about the I fund.

Here is a summary of Ms Alden’s  analysis of the I fund.