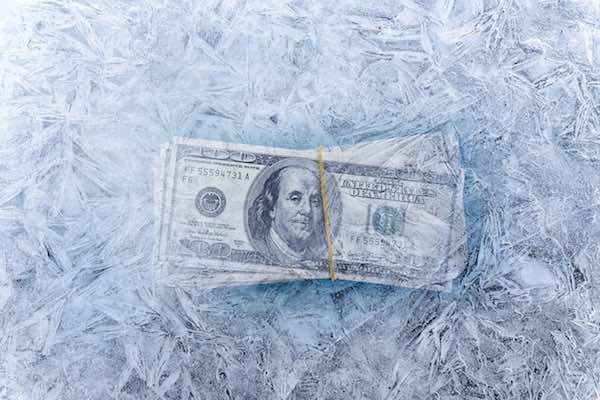 Let’s be clear. Any proposal to freeze pay does not meet the long-term goals of the White House. Even if implemented as part of the FY 2019 budget, it would fall short of the goals set by President Trump’s labor adviser, James Sherk, who comes to the White House after serving as a Research Fellow at The Heritage Foundation.

Determining the proper pay for Federal employees is a much more complicated subject than one that can be addressed in a one-year pay freeze. Instead, suggestions of a pay freeze tell employees that the Administration has not put in the hard work necessary if they truly want to reform government.

Rachel Greszler and James Sherk published a report back in 2016 titled Why It Is Time to Reform Compensation for Federal Employees, which did not mention a pay freeze but did offer several suggestions for bringing down the average Federal employee’s pay level. (They also include a number of suggestions about Federal benefits, but we will leave that for another time and focus on pay in this article.)

Congress should reduce this automatic progression to a 20 percent differential from step 1 to step 10, with each step increase raising pay by approximately 2.2 percentage points. This would reduce the magnitude of automatic pay increases for federal employees.

Federal agencies may have difficulty attracting or retaining talented employees if Congress reduces pay across the board. To compensate for this, Congress should increase agencies’ performance bonus budgets by a fixed percentage of base pay. That percentage should be determined by the OPM so that average federal pay falls 5 percentage points after accounting for smaller WIGIs and larger performance bonuses.

Managers should be directed to use these bonuses to reward and retain their highest-performing employees.

Managers must currently develop extensive Performance Improvement Plans (PIPs) for the employees to whom they do not award step increases. These PIPs are very time-consuming.

Employees can also appeal managers’ decisions to not give them a step increase through union grievances or the Merit Systems Protection Board, and ultimately through the court system. These prospects strongly encourage federal managers to give everyone a scheduled WIGI, irrespective of performance.

Congress should not make giving everyone a raise the only sensible option for federal managers. Congress should limit the requirement to develop a PIP to employees whom agencies want to fire—not those who do not get a WIGI. Congress should also limit appeals. An employee who does not receive a pay increase should be able to appeal that decision only internally within the agency; he should not be allowed to take the case to an outside forum.

They estimate that the reductions in salary-step increases would reduce federal personnel costs by $26.7 billion as a stand-alone reform from 2016 to 2027, and by $25.8 billion when combined with their other proposed reforms.

Possible Alternatives to a Pay Freeze

Rather than a pay freeze, let’s consider these alternatives.

There is nothing sacred about the present General Schedule with its 10 Steps for each grade. The use of Steps rather than just listing a pay range is a mechanical method that allows managers to avoid confrontational situations at performance review time and prevents employees from bunching up at the top of each grade.

Both the manager and the employee clearly understand progression and what it takes to get from Step 1 to Step 10. That transparency alone does have value.

Bonuses are cursed. Make them too easy to obtain, and employees lack incentive to perform. Make them too hard, and the incentives go missing again. Make them too small and few people care about them. Make them too large and Congress and every nominee for political office rails at the amount someone will have received even if they met the criteria set down in the bonus policy manual.

In Greszler and Sherk’s world, managers would “use these bonuses to reward and retain their highest-performing employees.”

In the present Federal world, managers would either (1) play favorites regardless of performance, or (2) spread out the bonuses so everyone got a little piece of the pie. Either way, the result would undermine the authors’ goals to increase performance at a lower cost.

There are any number of arguments that can be made to changing the current appeals process for employees who do not meet performance standards, but these are unrelated to pay.

From a pay perspective, Performance Improvement Plans (PIPs) and within-grade increases are only loosely connected. If a manager is having problems with an employee, the employee’s Step increase is not their largest concern.

Often it is only at the time of a scheduled Step increase that the employee realizes that the manager is serious about performance issues.

Managers need to convey concerns about performance well before a Step increase is scheduled and be sure the employee understands the gravity of those concerns.

Reforming the appeals process is a good idea, but it will have minimal effect on the government’s pay administration policies.

While a one-year (or even two-year) pay freeze won’t solve the underlying concerns of conservatives regarding Federal pay, at least it may open a path to a genuine discussion on pay administration.

We’re deeply troubled by the report that the White House will be seeking a government-wide pay freeze in 2019. The millions of middle-class federal workers across the United States deserve fair and competitive compensation in exchange for their public service. Many accepted pay freezes when we were in the midst of a recession. But freezing pay when the economy is growing and private-sector pay is increasing is nothing more than an attack on the civil service.

I asked NARFE what they believed to be the appropriate percentage increase in FY 2019, and they replied:

Pay rates should increase at a rate comparable to private-sector pay increases. Based on the change in the Employment Cost Index’s measure of private-sector wages and salaries from September 2016 to September 2017, federal employees should receive an average raise of 2.6 percent in 2019. The across-the-board raise – excluding locality pay increases – should be no less than 2.1 percent.

Barring national emergency or serious economic conditions affecting the general welfare, the Federal Employees Pay Comparability Act (FEPCA) directs the president to issue an across-the-board raise equal to 0.5 percent less than the change in private-sector wages and salaries from the preceding year. The president should not stray from that direction, as neither of those exceptions apply.

That is one opinion, but I know that others, including distinguished members of the American Society for Public Administration (ASPA) have other suggestions.

Government reform was one of the promises made by Donald Trump when he became President. Now would be a good time to start working on the details of those plans rather than focus on a short-term fix that will satisfy no one.