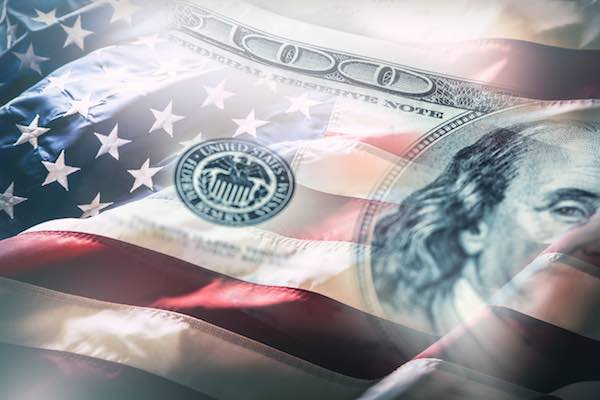 The federal government’s fiscal year began on Oct. 1, 2017. As of the original date of this post, that was 101 days ago. There is still no budget for the full year, just a continuing resolution (CR) that expires on January 19.

The Government Accountability Office (GAO) defines it as “An appropriation act that provides budget authority for federal agencies, specific activities, or both to continue in operation when Congress and the president have not completed action on the regular appropriation acts by the beginning of the fiscal year.”

In recent years we could also define it as “business as usual.” Some folks look at that and say “no problem.” They think that government spends too much anyway, so slowing down government spending is a good thing.

That might make sense if operating the government on continuing resolutions and last-minute omnibus spending bills actually saved money for the taxpayers. Sadly, the opposite is true. Not having a funded budget on Oct. 1 means agencies have to do countless workarounds, many of which cost money.

Here are just a few examples of the problems created by the lack of timely appropriations.

A CR is exactly what it sounds like – it allows existing programs/projects to continue, often without an increase for inflation and sometimes with a reduction. Unless specifically provided for in the CR, new starts are not allowed. It does not matter how critical the new project might be, or who wants it.

Government needs to replace key people who leave. Sometimes having a CR means they have no assurance they will have the money necessary to fill every job. So – being good stewards of the taxpayers’ money and not wanting to violate the Antideficiency Act – government managers hold back a bit to make certain they do not over hire.

Sounds good, but what happens when they get the money? Now they have to rush to get the jobs filled.

We all know how quickly the federal hiring process produces new hires. So now we have agencies trying to fill jobs quickly using a bad hiring process, overloading the HR staff, and often not getting the jobs filled during the fiscal year. That leads to talent gaps and what appear to be surplus dollars.

Agencies cannot award contracts for programs where they have no money (the Antideficiency Act again). That means new contracts are often delayed until after the CR is replaced by a real appropriation act. That can get messy, because it delays the work that agencies need to do and puts an enormous burden on the contracting office staff once the appropriation is actually passed.

If an ongoing contract is up for renewal, an agency may have no choice but to issue an extension rather than picking up an option year or awarding a new contract. That creates even more work for the contracting office. The net result is that the government wastes resources. It also causes agency spending to be concentrated in a few months of the year, which, combined with the talent management problem, then leads to the end of year money problem.

Every year we see complaints from politicians and in the press about the government’s end of year “spending binge.” People lament the fact that the government appears to not spend money until the last quarter, when it rushes to obligate all of the leftover dollars.

Does that happen? Of course. Does it happen because agencies, their leaders and their contracting staff are idiots or incompetent? Of course not. It happens because the budget process is broken. It happens because, like in fiscal 2018, we get a almost a third of the way through the year with no annual appropriation in place. It happens because the process of getting that money from a top line appropriation down through the agency budget process to the program managers who actually manage the money can take even longer. In recent years it has not been unusual for program managers to not know what their actual budget will be until the fiscal year is half gone.

So the answer to the question in the title of this post is that we should all care, because it is certainly no way to run a business, or a government. We have 535 Senators and Representatives who are paid to do a job.

Article 1, Section 8 of the U.S. Constitution says “The Congress shall have Power To lay and collect Taxes, Duties, Imposts and Excises, to pay the Debts and provide for the common Defence and general Welfare of the United States….”

Whether you think the government spends too much money, or spends too little, or doesn’t spend it in the right way, the bottom line is that federal agencies should begin every fiscal year with a clearly defined budget. Not having that budget defined on day one makes agencies less efficient and costs the taxpayers money.  Virtually no reasonable person, anywhere in the political spectrum, thinks the government should waste taxpayer money.