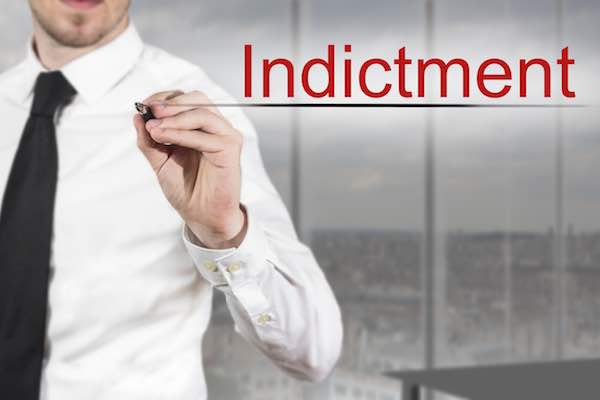 This recent case illustrates how an agency can use the “crime exception” to expedite processing of an indefinite suspension in a situation where an employee is charged with criminal activity. (Henderson v Department Veterans Affairs (CAFC No. 2017-1071, 12/26/17))  The facts are taken from the appeals court decision sustaining the indefinite suspension.

Mr. Henderson was a GS-13 Program Analyst for the VA in Atlanta when the federal grand jury indicted him on fifty counts of false statements in violation of 18 United States Code Section 1035. Two weeks later, the agency proposed to suspend Henderson indefinitely, invoked the crime exception to shorten the notice period, considered Henderson’s reply, and effected the suspension about one month after the criminal indictment was handed down. (Opinion pp. 1-6)

Henderson argued that his due process rights were violated by invoking the crime exception that he contended was not appropriate under the facts of his case, and by indefinitely suspending him based on the indictment. Not so, ruled the Merit Systems Protection Board (MSPB). The federal court of appeals has now upheld the agency’s action and the MSPB decision.

Here’s how it went down.

As part of his responsibilities, Henderson ordered employees under his supervision to “close over 2700 unresolved authorized consults for medical care for veterans by falsely declaring the consults to have been completed or refused by the patients, when in truth and fact, as Henderson then well knew, the consults were still pending and unresolved, and the veteran patients were still waiting for the authorized medical consults.” (p. 3) These 2700 consults were thus closed out by Henderson’s direction during a 5-6 day period. The 50-count indictment stemmed from these actions.

These consults were a prerequisite for a veteran to obtain medical care from private sources as permitted under certain circumstances.

The agency noted in imposing the indefinite suspension that Henderson had been indicted and arrested for making false statements (50 times) involving health care matters; if convicted he would face five years/$250,000 per count; therefore, VA had “reasonable cause to believe” that Henderson had committed a crime for which he may be imprisoned and that it was not in VA’s best interest to leave him in a duty status pending the outcome of the criminal proceedings. (p. 3)

Henderson maintained that he was innocent of criminal wrongdoing, demanded documents from the VA, and asked that the suspension be stayed until the outcome of the criminal proceedings. In other words, continue him in a paid status.  When the agency did not waver, Henderson took his appeal to the MSPB. The administrative judge concluded that the grand jury indictment provided sufficient basis for the agency to affect the suspension. Further, the VA “had established a nexus between the criminal charges and the efficiency of the service….[in that his] misconduct interfered with or adversely affected the agency’s mission.” (p. 4).

An indefinite suspension is an adverse action and therefore requires the agency to follow procedures spelled out in law: 30 days notice of the proposed action, reasonable chance to reply, representation by counsel, and a written decision. However, when an agency invokes the crime exception, it can shorten the process. The standard for doing this is when the agency has “reasonable cause to believe the employee has committed a crime for which a sentence of imprisonment may be imposed.” (p. 6) The MSPB and the court found nothing improper in the invocation of the crime exception in this case. In fact, when there is reason to believe a crime has been committed and that it was committed in connection with performing official duties, “it is incumbent upon an agency to act promptly.” (p. 8)

Oddly enough, Henderson did not argue that the indictment was enough to suspend indefinitely, rather he argued that the grand jury was not independent but functioned “merely as the catspaw of the [VA].” (p. 6) VA supplied the evidence and testimony to the grand jury and won the indictment using “vague allegations.” (p. 6)

The court was polite: “We do not find this argument persuasive…” pointing out that a grand jury independently considered the evidence and found there was probably cause to hand down its indictment of Henderson. (p. 7)

Making a long story short, the appeals court now agrees with that MSPB decision and the indefinite suspension stands.

(As an aside, the court noted in a footnote to its decision on this case that Henderson was found guilty on all counts and sentenced to 22 months in prison. His appeal from that conviction is pending. (Page 4, note 1))