Almost seven years after the end of the recession, demand remains subdued and commodity prices are falling. As a result, some central banks, such as those in Switzerland, Sweden, and Japan, as well as the European Central Bank, have dropped their interest rates into negative territory to try to boost their economies.

Essentially, with a negative interest rate you are paying to store your money, much as if you paid a bank an annual fee for a safe deposit box where you stored cash.

How would this affect the Thrift Savings Plan? For the TSP, negative interest rates would have the greatest impact on the G Fund (Government Securities Investment Fund), which represents over 40 percent of TSP’s assets. According to TSP, “the G Fund interest rate calculation is based on the weighted average yield of all outstanding Treasury notes and bonds with 4 or more years to maturity.”

One scenario that would have been unthinkable in the past is that the interest rate for short-term U.S. Treasury notes and bonds could turn negative. Even if rates up to the 10-year Treasury bond turned negative, it is not presently expected that longer maturity bonds (up to 30 years) would go negative, so the G Fund interest rate, which is calculated as an average, might decline but still stay above zero.

In this situation, as long as the G Fund interest rate stayed above zero, most G Fund participants would probably remain in the fund because its rate would be higher than alternative interest rates, and the payment of G Fund principal and interest is guaranteed by the U.S. Government. Federal government employees and retirees have traditionally proved investment risk-averse, and this is unlikely to change. 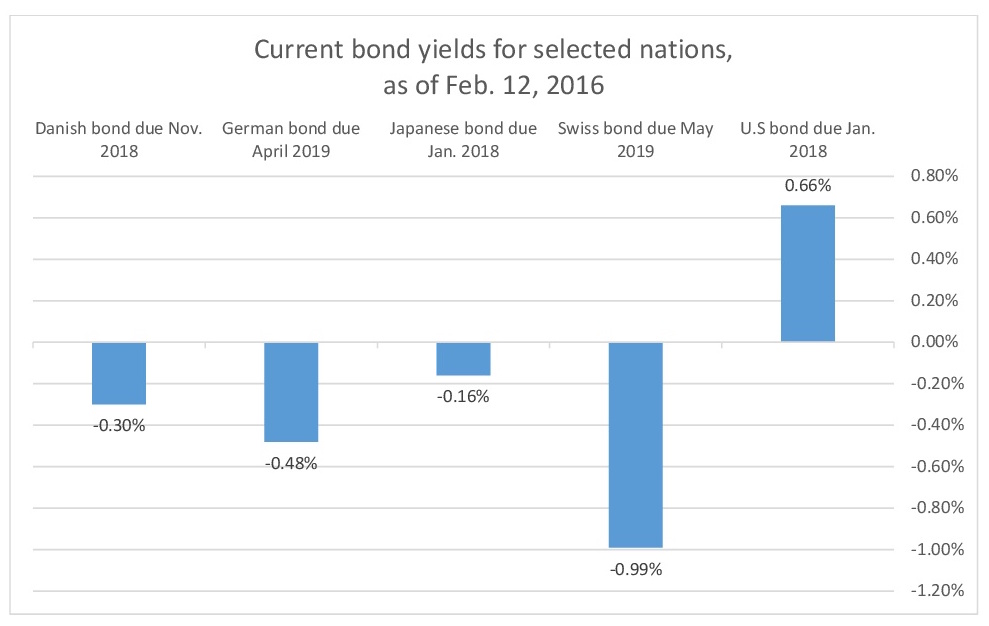 Thinking the unthinkable, if even the 30-year Treasury bond turned negative, would TSP participants would be willing to put their money into the G Fund if they were guaranteed that their returns would be lower than their contributions? This scenario might result in a massive outflow of money from the G Fund, although alternatives would be limited. Retirees could roll their TSP funds into other retirement accounts or lock their savings in a safe deposit box.

Younger (under age 59 ½) current employees wouldn’t have that option, and there is no equivalent of a “safe deposit box” in TSP where funds can rest without subject to risk. Their only choice would be to limit their risk by stopping future contributions until rates turned positive again.

For other TSP investment funds, negative rates should help. As Bryan Borzykowski explains in a CNBC analysis piece, “In theory, negative rates should make borrowing more attractive, both for consumers and businesses” unless people horde cash and stop spending because they believe the economy is in a downturn. John Lonski, chief capital markets economist at Moody’s Analytics, points out that “the mere talk of negative rates could discourage businesses and consumer from spending as much as they would. That could depress earnings” [which would take stock prices lower].

Thinking about negative interest rates would have been unimaginable only a few years ago but, while very unlikely, the possibility of being charged to store your money in the G Fund is thinkable as opposed to five years ago when the possibility existed only in the realm of fantasy. Hopefully, the Federal Retirement Thrift Investment Board, which oversees the TSP, is at least considering the possibilities and its consequences.