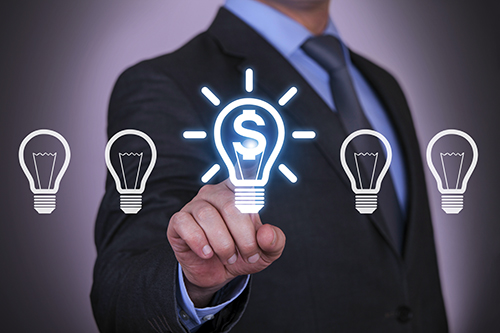 Remember the Deficit Commission? Even though it was six years ago, the name has come up again in a new report from the House Budget Committee.

The House Budget Committee released its 2017 budget proposal last week. The report that came out today offers some more details of the budget, one of which calls for federal employees to contribute more to their pension programs. The House report echoes the Simpson-Bowles Deficit Commission proposal since this was one of the items pitched when that group released its report in 2010.

Here’s what the House budget resolution has to say on the subject of pension reform:

The report is silent on how much the cuts would be, however.

This idea is not new at all. In fact, here are just a few of the articles we’ve written over the years that cover some of the variations of this proposal that have been pitched at one time or another:

Other cuts were proposed in the report as well. Cutting the size of the federal workforce through attrition, limiting bonuses at the VA and also reducing the interest rate on the G Fund all were ideas mentioned. These are some excerpts from the report:

Reduce the Federal Civilian Workforce Through Attrition
The budget includes discretionary savings by assuming a 10-percent reduction in certain agencies of the Federal civilian workforce through attrition, whereby the administration would be permitted to hire one employee for every three who leave government service. National security positions would be exempt.

Align the G Fund Investment Return with an Appropriate Risk Profile
The resolution assumes savings by correctly aligning the rate of return on U.S. Treasury securities within the Federal Employee Retirement System’s Thrift Savings Plan with its investment risk profile. Securities within the G Fund are not subject to risk of default. Payment of principal and interest is guaranteed by the U.S. Government. Yet the interest rate paid is equivalent to a long-term security. As a result, those who participate in the G Fund are rewarded with a long-term rate on what is essentially a short-term security.

The idea of reducing the interest rate of the G Fund is a relatively new one. This idea first came about last year when talk of a new budget might cut into the interest rate (see Will a New Budget Cut G Fund Interest Rates?)

The cuts proposed for VA employee bonuses are a response to the reports that have been in the news recently about the problems at that agency. Specifically though, the budget proposal calls for reducing the aggregate amount of awards and bonuses paid to VA employees by 30%.

So realistically, how likely are these cuts to be enacted? Since many of them have been talked about on and off for at least the last 6 years, the answer is probably not very likely.

FedSmith.com author John Grobe wrote an article about this a couple of years ago. In it, John noted that these kinds of proposals have been around for long time, some going back as far as 25 years. Check out his article for details, but his general advice for federal employees was, “Don’t panic!”

However, some changes that did get pushed through in the last few years impacted FERS employees, specifically new hires under FERS. Beginning on 1/1/2013, newly hired federal workers had to contribute a greater portion of their salaries to retirement than existing employees, and employees hired after 1/1/2014 had to contribute yet a higher percentage. The changes led to a couple of new systems with their own set of complexities; for details, see FERS, FERS-RAE, FERS-FRAE… What Does All This Mean?.

The template for those changes suggests that it would be less likely for cuts to be made to existing federal employees and new programs put in place just for new hires.

Ultimately, nobody knows what will happen, but the track record suggests most of the ideas in the latest House Budget proposal aren’t likely to materialize, particularly given that it’s an election year. We will continue to keep our users up to date on any changes that unfold.