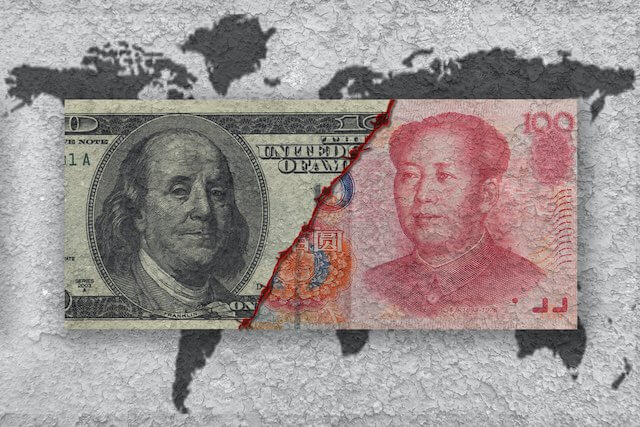 The Federal Retirement Thrift Investment Board issued a public response to criticism the agency has been getting over its recent decision to change the underlying index tracked by the TSP’s I Fund.

History of the Controversy

The hoopla all began when it was announced that a change was coming to the I Fund in 2020. It will now track the MSCI All Country World ex-U.S. Investable Market (MSCI ACWI ex-US IMI) Index instead of its current index, the MSCI EAFI Index.

So what’s the problem? This index contains Chinese companies, and some in Congress do not want to see the retirement funds of federal employees invested in a country which has tense relations with the United States.

Senator Marco Rubio (R-FL) has been the most vocal in his opposition to the change. He sent two letters to FRTIB Chairman Michael Kennedy urging the agency to reconsider its decision, and then went on to introduce legislation that would ban the investment of TSP funds in securities listed on mainland Chinese exchanges. Similar legislation was introduced in the House as well.

“While the FRTIB may not see itself as a policy making institution, Congress most certainly is. Taking up the TSP Act will allow lawmakers to protect federal employees from investing their hard-earned retirement savings in AVIC’s AviChina Industry & Technology, Hikvision, ZTE and other Chinese companies that are engaged in activities counter to American interests,” Rubio wrote in a letter he sent recently to Senate leaders encouraging them to expedite consideration of his bill.

The FRTIB chairman Michael Kennedy and chairman of the Employee Thrift Advisory Council Clifford Dailing wrote an op-ed published in Government Executive in which they responded to the criticism over the change to the I Fund.

They reiterated in defending the decision that it is in the fiduciary interests of TSP participants.

“TSP funds are solely the property of plan participants—it is not federal money and it is not taxpayer money. Choices on how to invest in the TSP funds belong solely to the participants. The FRTIB is required by Congress to make decisions that are in the best interest of all TSP participants, and not consider issues better left to other federal entities,” wrote Kennedy and Dailing.

They said that the change had been thoroughly reviewed twice in conjunction with a consulting firm and that the new investment index will make the TSP more aligned with what other large companies and federal contractors offer in their 401(k) plans.

Furthermore, they said that an independent review board determines what companies are suitable business partners with the United States and that no US investors (including TSP participants) could invest in any companies which become banned. This likely was aimed at Rubio’s criticism of the potential investment in shady Chinese companies; Rubio had said before that the I Fund change could harm federal employees by exposing their retirement savings to a corrupt government, writing in a letter to the FRTIB that changing the I Fund would “assist in the Chinese government’s military activities, espionage, and human rights abuses.”

Ultimately, they said that it’s up to each individual TSP participant as to how to allocate his or her investments within the TSP.

“This decision fell squarely within the TSP board’s mandate. We believe this fund should be offered as an option for all TSP participants. But as with all other funds, the choice to invest in the international fund would rest solely with participants,” wrote Kennedy and Dailing.

In other words, if you object to the investment philosophy of the fund, don’t put your money into it.