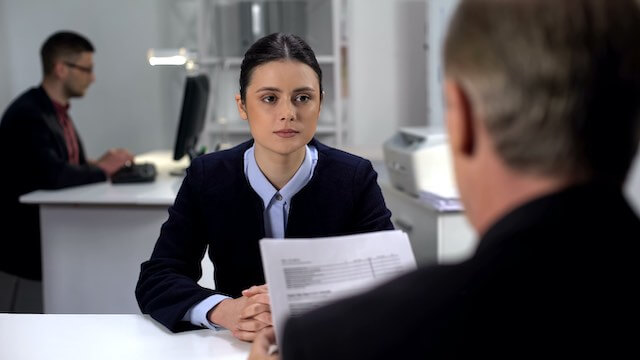 Back in the days before I knew what a coronavirus was, I presented seminars where Federal supervisors, managers and union officials actually showed up in a classroom setting. Such events are now on indefinite hold as is a 45-year career beginning as a GS-5 Service Representative.

The most popular class I offer is titled Dealing with Performance and Conduct Issues. It follows a crammed two-day agenda which, toward the conclusion, gets to the subject of probation. After reviewing the particulars involved when terminating a probationer (and there are few), I usually summarize by telling folks that the process is “…quick, simple, and virtually bulletproof”.

In today’s environment, it’s much more likely that bad selections made before the COVID-19 outbreak are slipping through the probationary net. With Feds scrambling to meet shifting priorities, work from home, meet virtually, and/or avoid exposure supervision and management is challenged in ways that are as novel as the virus.

Preoccupation with mission changes and personal safety distract many management officials from focusing on new hires – their needs, their conduct, and their abilities.

As it has always been, a small number of probationers should be weeded out of the workforce. They are the ones who present competence and/or behavior issues that distract, disappoint, and disadvantage their coworkers. While some problems will evaporate over time, others seem to persist despite training, counseling, and time to acclimate.

Occasionally, seminar participants complain that their HR offices unnecessarily complicate the termination process, demanding volumes of documentation. This is uncalled for.

Probationary termination actions were designed to be simple. Terminating an employee serving their one or two-year trial period (the length varies, depending on your agency) is essentially the same as not selecting an applicant for employment. Therefore, mountains (or even mole hills) of documentation are unnecessary.

I mentioned above that probationary terminations are virtually bulletproof. It’s true. A terminated probationer cannot be represented by their union concerning the decision not to retain them. The theory (backed by numerous court decisions) is that unions can’t represent rejected applicants for Federal employment and, since the trial period is part of the selection process, unions have no representational standing.

As for the Merit Systems Protection Board (MSPB), one of the most bizarre pieces of HR law applies to probationers terminated for reasons arising from their employment. The employee must show that the termination is due their marital status or partisan political reasons. Otherwise, the Board has no jurisdiction to hear their case. No one has ever explained to me how such a strange pair or exceptions made it into statute.

Then comes the Equal Employment Opportunity Commission (EEOC). They can entertain a complaint from any applicant who believes that prohibited discrimination is the reason for their non-selection.

As with all EEO complaints, management must have a legitimate business reason for terminating the employee. It they don’t, they deserve to lose the case. Massive evidence, however, isn’t required to explain why a supervisor/agency decided to terminate the very employee they chose to fill a vacant job.

Of course, the supervisor who said, “If I had known you were pregnant, I never would have selected you” is about to learn a much-needed lesson. Likewise, the manager who observes, “Your name is Goldfarb, so we never expected you to be black”, is in for an interesting experience should that person be terminated. If you’ve experienced similar moments or know someone who has, you should know that having access to the EEOC is important.

I should also mention that new hires can regain their jobs if their termination was due to their legally sanctioned union membership or activity. Such claims are unusual but not unheard of, and would be raised to the Federal Labor Relations Authority as “unfair labor practices”. Again, if anti-union factors weighed into the decision to terminate a probationer, management is deserving of the potential embarrassment.

If not now, when?

Given these potential avenues and hurdles, one might wonder if it’s worth the effort. It is, if termination is in the interests of the government. The odds are overwhelming that the action will not be successfully challenged.

During my time in a large Federal HR office where such terminations were common, no probationer ever regained their position. If you have witnessed such reinstatement, something very wrong must have occurred in HR or management.

More likely, terminating a probationer will prove a mutually beneficial parting of the ways. Lots of people just don’t adapt well to government employment. They may thrive elsewhere… and your agency will be better off without them.

A supervisory attorney attended one of the aforementioned seminars years ago. Upon returning to her office, she decided to terminate a newly hired lawyer who just wasn’t the right fit. Upon learning about the effect of our class, I asked if the young law school graduate had found another job. “I received an email from him. He’s happily employed in a private firm and doing really well there.”

Now is not the time to forget

The probation provisions of law were designed to account for selection errors, which are common in any employment setting. No selecting official always picks winners. As stated earlier, it’s quick (no due process requirements), easy (little need for documentary evidence), and virtually bulletproof unless prohibited discrimination is alleged and proven.

As the Federal workplace is in flux these days, it’s important that agencies be even more vigilant in assessing new hires. With more remote supervision and increased distractions, this small population may escape the scrutiny demanded.

During this 1-2 year window, progressive discipline and performance improvement plans are not required. Probation is, at its essence, “employment at will”. After they have completed their trial period, taking action can be painfully complex and slow.

Take a moment to consider this…

By the time the 2-day seminar gets to the section concerning probation, participants have analyzed several case studies regarding performance and conduct issues – both simple and vexing. When we’re done with discussing the design and execution of probationary terminations I ask those attending to think back to all of the issues they’ve had to deal with (as a supervisor, manager, coworker, or union representative) over the years.

That requires a short pause. I urge you, as a reader who’s made it to the conclusion of this article, to think of the worst Federal coworkers you’ve encountered during your career. Stop for a moment to remember them. (Some don’t have to remember, as the problems are in the present.)

Now the question: How many of those problems were identifiable in the first year or two, yet no one made a move to easily nip them in the bud?

During this pandemic and the challenges it presents, probationers shouldn’t fall between the cracks. As one of my most esteemed and compassionate colleagues once said, “When in doubt, show them out.” It’s in the interests of Uncle Sam, their coworkers, and all the supervisors and managers in decades to come, and for the employee whose behavior, competence, or willingness to give 80 hours of credible work for a bi-weekly paycheck led to a termination decision, it may be a valuable and lifelong lesson about employment.